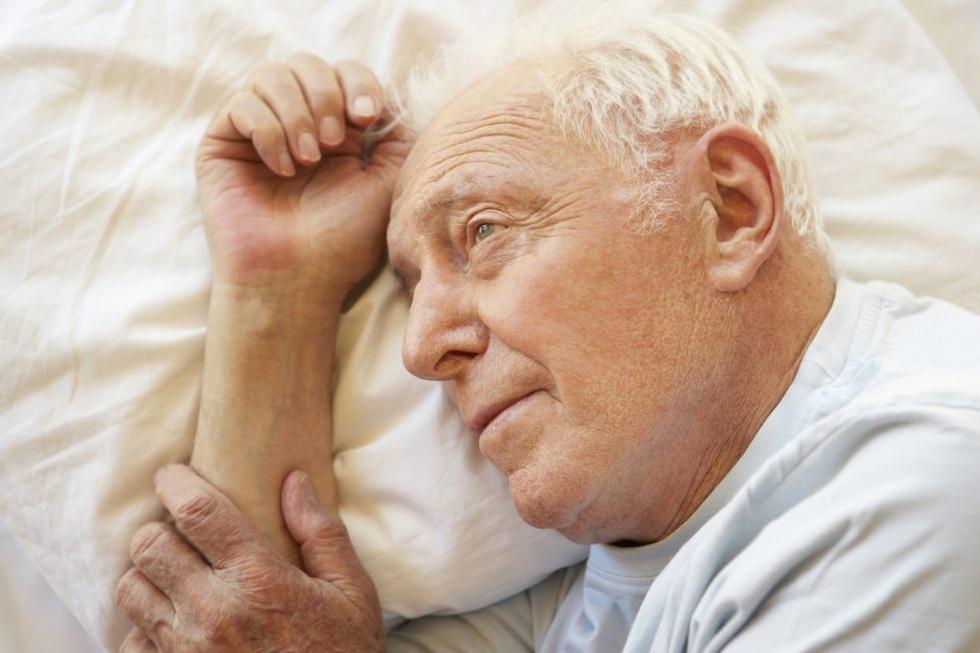 Dealing with Sleep Problems and Dementia

Lack of sleep can worsen the behavior and mindset of all people, not just those with dementia. Without adequate sleep, we all become more prone to emotional instability as well as physical illnesses. Knowing common causes to look for in your loved one is important. Being prepared and providing useful information to your doctor is incredibly helpful when assessing the root of the problem.

Here's what to know about what can cause sleep problems, how they should be evaluated, proven approaches that help, and some information about commonly used medications.

It's hard to manage a problem if you don't understand the cause of it. Several factors can cause people with dementia to have sleep problems.

Sleep changes with aging. Healthy aging adults experience changes in their sleep as they age. Sleep becomes lighter and more fragmented, with less time spent in deep REM sleep. One study also estimated that total sleep time decreases by 28 minutes per decade starting in mid-life. These changes are considered a normal part of aging. However, lighter sleep means it's easier for aging adults to be awakened or disturbed by things such as arthritis pain at night or sleep-related disorders. Aging is also associated with a shift in the circadian rhythm, the body's inner system for aligning itself with a 24-hour day. Many seniors find themselves tired earlier in the evening and tend to wake up earlier in the morning.

Common causes of secondary sleep problems include the following:

Alzheimer's and other neurodegenerative diseases change sleep. The brain deterioration associated with various forms of dementia affects the brain's ability to sleep. In most cases, this causes less time spent in deep sleep and more time spent awake at night. Problems with the circadian rhythm system are also increasingly common among dementia patients. Another disorder called REM sleep behavior disorder can cause violent movements during sleep and even emerge before thinking problems become substantial. Lewy-body dementia and Parkinson's are often associated with REM sleep behavior disorder.

Most seniors develop lighter sleep as they age. In addition, many older adults have health problems that prompt nighttime awakenings. Sleep-related disorders, such as sleep apnea, are also common in aging. Seniors with Alzheimer's and other dementias are likely to be affected by any of these factors that change sleep in older adults. It has also been shown that dementia brings on extra changes that make nighttime awakenings more frequent.

It's not surprising that sleep problems are so common in people with dementia. Fortunately, there are many things that can be done to improve these circumstances for our loved ones.

How To Diagnose the Sleep Problems of Dementia

Like many problems that affect older adults, sleep problems in a person with dementia are almost always "multifactorial." In other words, there are usually several underlying issues creating the problem.

Multifactorial problems can be identified, especially if a family and the doctors are diligently keeping an eye on as many contributing factors as possible. Working with the doctors will help them understand what kinds of sleep-related symptoms and problems a loved one is experiencing. The American Geriatrics Society recommends asking your loved one the following questions when evaluating their sleep problems:

Family members may initially feel uncertain about how to answer these questions. So it is probably a good idea to prepare ahead of time so you can get the best help from your doctors on how to handle dementia and sleeping. It is advised that families keep a record of these questions for at least a week. Some families also may be able to use a sleep tracker to gather useful information.

Based on the information above, and after conducting an in-person examination to check for other medical issues, a doctor should be able to place the sleep difficulties in one or more of the following categories:

It may be necessary to have a sleep breathing study done to test for sleep apnea. Based on the category of the sleep problem and the underlying causes that have been identified, the doctor should then be able to propose a plan for improving sleep difficulties.

Medications and Sleep Problems in Dementia

You may be wondering whether medications can help manage sleep problems in dementia. It is important to check current medications and ensure they are not negatively affecting a person's sleep. For example, taking sedating medications during the day may cause an individual to sleep too much, resulting in more time spent awake at night. Additionally, a diuretic offered too late in the day might be causing excessive nighttime urination.

You may simply want to know, "Isn't there a medication that can be taken in the evening to help my loved one sleep better at night?" Sleeping pills, sedatives, and tranquilizers are often prescribed to help keep people with dementia calmer at night. Antipsychotics prescribed may include, Olanzapine, Risperidal, and Quetiapine. Benzodiazepines include Lorazepam and Temazepam. There are prescription sleeping medications such as Zolpidem. Your doctor may even suggest trying over-the-counter sleep aids, which usually contain some form of sedating antihistamine.

Unfortunately, all these medications might cause some concerning side effects in people with dementia. Specifically, these medications may worsen cognition and increase the risk of falling. Antipsychotics have also been associated with a risk of early death in some cases. In addition, numerous scientific review articles state that these drugs do not conclusively improve sleep in clinical trials. As such, experts in geriatrics recommend that these medications should generally be avoided and only used as a last resort once behavioral approaches (e.g., setting a routine, more walking, etc.) have been tried.

However, the medications listed below serve as a less-risky alternative:

Although medications are often used to manage sleep problems in dementia, most of them are associated with high risks for serious side effects. It is advised to avoid sedatives until you've exhausted all other options. Non-drug approaches, such as plenty of outdoor light, regular exercise, a stable routine, optimizing chronic conditions, and checking for pain, often help. Plus, these approaches usually improve the person's overall quality of life.

Dementia can cause sleep changes in your loved one. If you notice these changes, it is best to seek medical advice. A doctor may help to determine the cause of the problem as well as provide potential solutions. 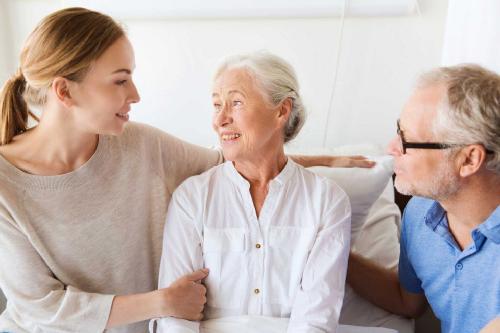 What is Alzheimer’s and How to Help People with It 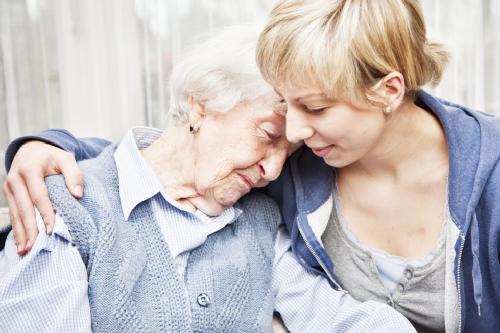 Redirecting a Loved One With Dementia 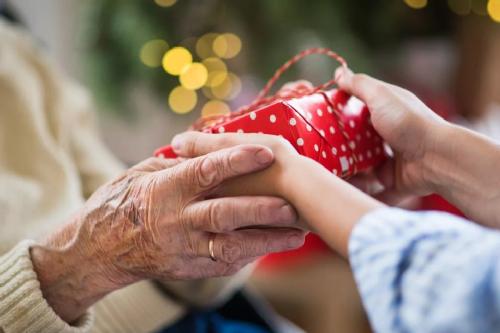 Holiday Gifts for Loved Ones in Senior Living 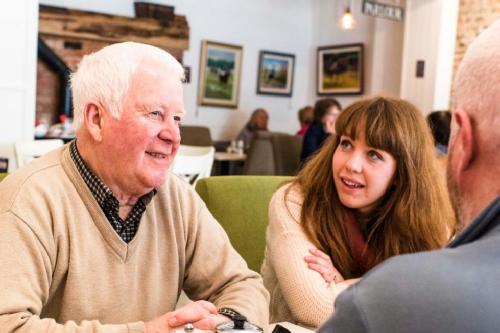 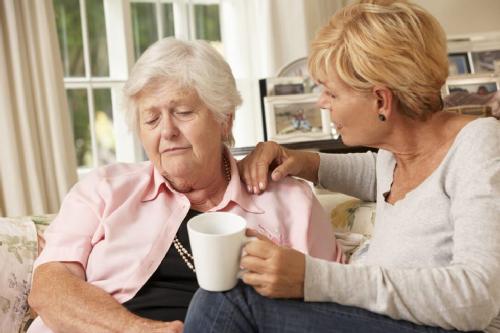 Communicating With A Loved One Who Has Dementia 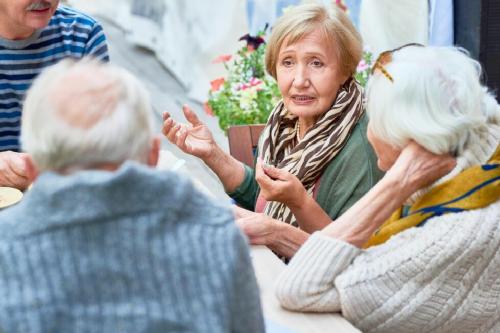 Sibling Rivalry: Why Can't We Agree on Our Elderly Parents' Care Needs? 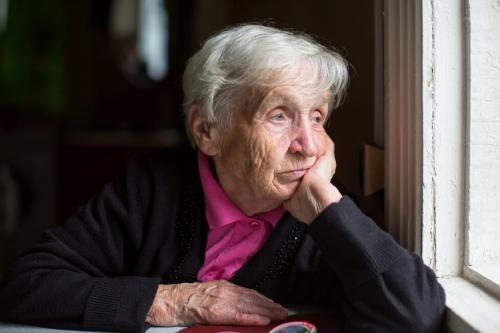 Understanding Why Your Loved One is Refusing Senior Living 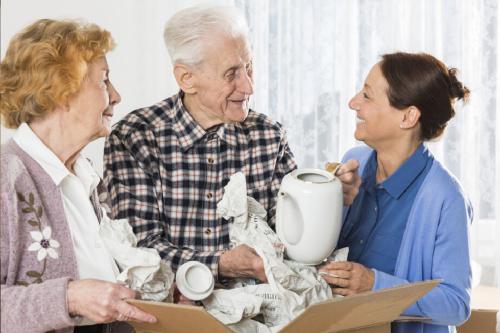 Tips for Transition a Parent to Memory Care